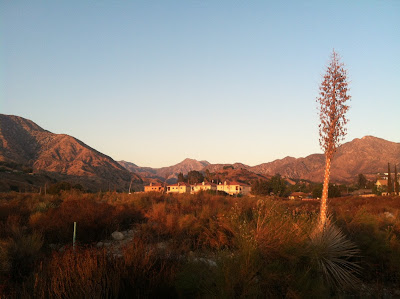 How time flies - it is the fall already! Leaves are turning red and yellow, at least those plastic ones on decorations for Halloween and Thanksgiving in the One Dollar store... Time for travel, time for time-travel, time for adventure of imagination. On Sunday, October 22, 2017 at the Bolton Hall Museum in Tujunga, Village Poets will present poets Mary Torregrossa and Sharon Alexander. The reading will start at 4:30 p.m. at  10110 Commerce Ave, Tujunga, CA 91042, and will include two segments of open mike for guest poets (the average of two poems per person). Refreshments will be served during the intermission.  The George Harris Hat will be passed around for $3.00 suggested donation per person to cover the cost of the venue and refreshments. A group photo of featured poets and guests will be taken at the end, to commemorate the literary gathering. 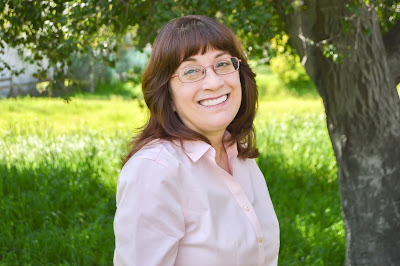 Mary Torregrossa’s poems appear in “Bearing The Mask: Southwestern Persona Poems”, in “Wide Awake:Poets of Los Angeles and Beyond,” and “Voices From Leimert Park Redux,”, poets of the World Stage in Los Angeles. Her chapbook, “My Zocalo Heart,” a collection of portrait and persona poems is forthcoming from Finishing Line Press.

Mary explains, “I am a story-listener. It comes as part of my job as an Adult School ESL teacher in the Los Angeles area. I have to "listen twice” - as the Quakers say. So in my subsequent story-telling I have created a gallery of portrait poems along with a tapestry of longer narrative poems."

Mary's poems are rich in detail like gems kept in a music box.

THE PROMISE OF SNOW

Banished to the cloakroom
for talking in class.
“Be still’” I was told,
as my eyes became adjusted
to the dimness of long
and narrow room,
coats hung in happenstance
on shiny black hooks
with fat rounded tips
curving upwards in prayer.

The door closed
on the silence within.
Sitting on a low step stool,
hot cheeks in bony hands,
my elbows made dimples
in my knees.

The gray light of the afternoon
floated in from thick panes
of a window behind me.
And yet it did not light
the farthest corner of the room
where a tall, metal cabinet
held paper, pencils and
heavy textbooks neatly stacked,
I knew, behind locked doors.

I turned away from the
shadows lurking there
and stood on tiptoe
looking out on bare branches
and the winter sky
that promised snow.

My chin perched
on crossed arms
I gazed toward the red
brick tower and its ledges
of stone, where the big
bells rang every Sunday –
where brave starling lit
to look about –

and I see the city
spread far and wide –
avast hilly landscape
of two-story houses and
chimneys and evergreens
set among the bristling silhouettes
of gray barren trees.

My talons scratch against
the granite ledge,
my body lifts, drifting
through the sky, the soft sound
of wings pumping,
rushing now towards
thecold horizon
and the rocky shore
of silver green waters below. 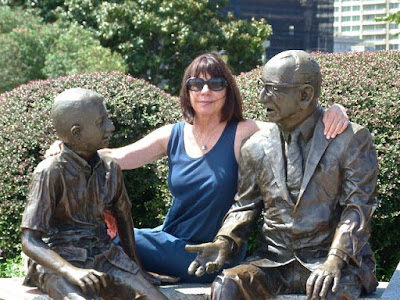 Born and raised in New York, Sharon Alexander now lives in Southern California. She divides her time between her cabin at 6000 feet in the mountain town of Idyllwild and in La Quinta at the foot of the beautiful Santa Rosa Mountains.

Her prize-winning book, INSTRUCTIONS IN MY ABSENCE, won the 5th Biennial Chapbook Contest from Palettes & Quills, released May 2017.

Link to the Instructions in My Absence book:

The night my father dies, I search for him
in the painting over his bed.
Crows clutter the sky,
wings rattle my windows — the horizon crooked as a broken bone.

Lost in the wheat fields, I find Van Gogh
painting the countryside yellow and blue, he sings
aloud to drown the ringing in his ears.

Blackbirds bow in silence,
clacking crows hold their tongues. Van Gogh daubs the heavens
thick and thicker to obscure the uproar of red

poppies crowding him while the wheeling sky shouts to be heard.
Somewhere my father hears dust storms blow across the moon—
sunflowers choke the sky.

PHOTOS FROM THE READING BY CECE PERI AND AMBIKA TALWAR 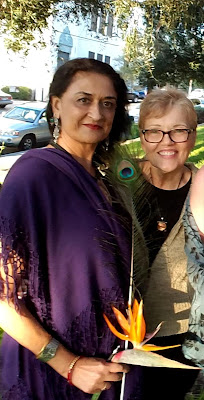 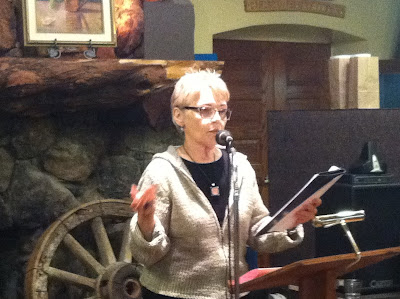 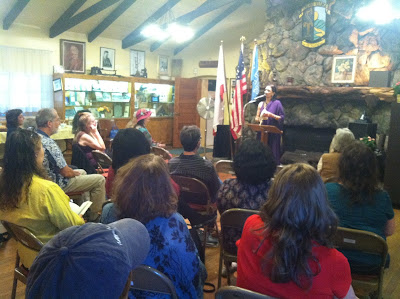 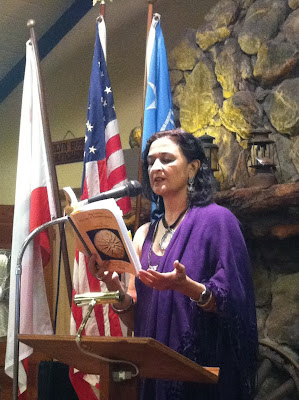 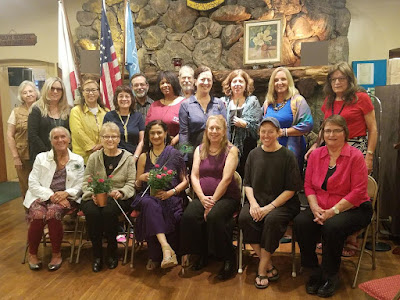 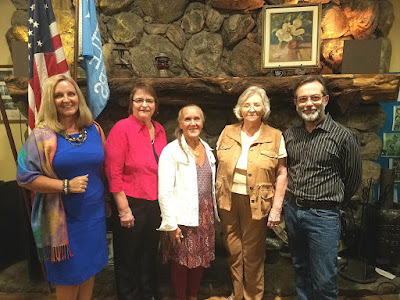 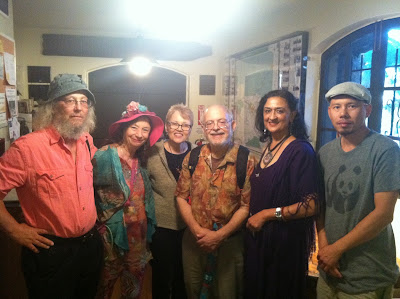 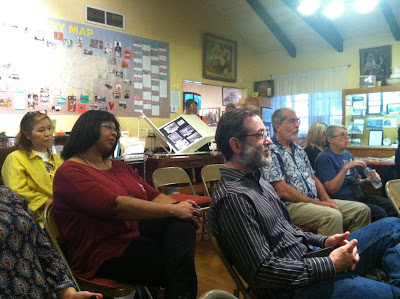 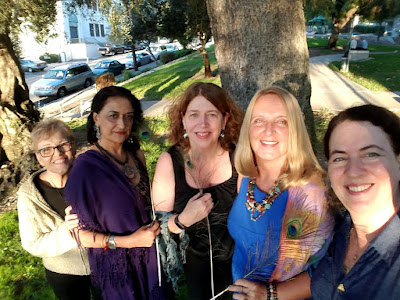 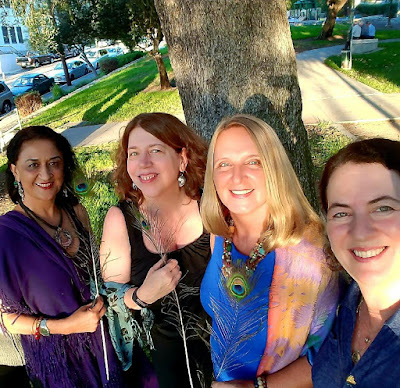 The Spiritual Quartet with peacock feathers.

Posted by Maja Trochimczyk at 12:13 AM