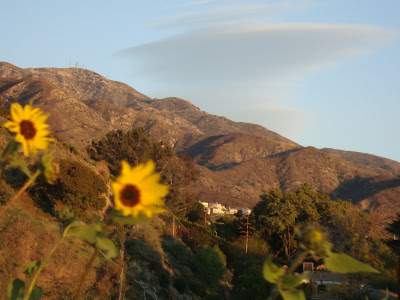 John Steven McGroarty, California Poet Laureate, wrote "Just California" to celebrate the unique beauty of our part of the world. The poem has been published in a variety of venues and even became required reading for California school children. You can read it in an embroidered or crocheted form on display at the McGroarty Arts Center.

In response to the current California in the Arts Exhibition at the Center, Village Poets dedicate their March group reading, to be held on March 25, 2012 at 4:30 p.m. at Bolton Hall Museum, Tujunga, CA. The reading will feature their poetic responses to McGroarty's "Just California" and to newly written poems based on the themes of nature and the seasons.

When I am in California I am not in the West.
It is West of the West. It is just California.
—Theodore Roosevelt

'Twixt the seas and the deserts,
'Twixt the wastes and the waves,
Between the sands of buried lands
And ocean's coral caves;
It lies not East nor West,
But like a scroll unfurled,
Where the hand of God hath flung it
Down the middle of the world.

It lies where God hath spread it
In the gladness of His eyes,
Like a flame of jeweled tapestry
Beneath His shining skies;
With the green of woven meadows,
The hills in golden chains,
The light of leaping rivers,
And the flash of poppied plains.

Days rise that gleam in glory,
Days die with sunset's breeze,
While from Cathay that was of old
Sail countless argosies;
Morns break again in splendor
O'er the giant, new-born West,
But of all the lands God fashioned,
'Tis this land is the best.

Sun and dews that kiss it,
Balmy winds that blow,
The stars in clustered diadems
Upon its peaks of snow;
The mighty mountains o'er it,
Below, the white seas swirled—
Just California, stretching down
The middle of the world. 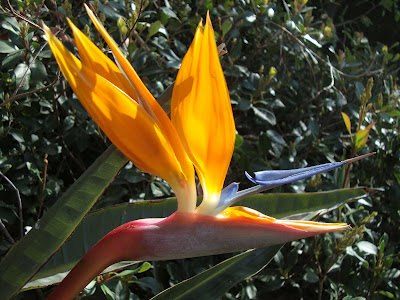 JOE DECENZO grew up in Los Angeles and majored in theater and English Literature. From 2004-06 he served as poet laureate of Sunland-Tujunga. He produced the “Shouting Coyote” performing arts festival and was a Department of Cultural Affairs grant recipient. His published works include The Ballad of Alley and Hawk and the Study Guide and Poetry Primer for the same collection. He currently serves on the planning committee for the Village Poets of Sunland-Tujunga and as Chair of Poet Laureate Search Committee.


MARLENE HITT is a Los Angeles poet, writer, and retired educator, a graduate of Occidental College who also studied at CSUN, UCLA and USC. A 26-year member of Chupa Rosa Writers of Sunland and of California Federation of Chaparral Poets, Ms. Hitt served as Poet-Laureate of Sunland-Tujunga in 1999-2001. Her poetry appeared in Eclipse, The Vineyard, Chopin with Cherries anthology and other publications. She published three books on local history, Sunland-Tujunga From Village to City (Arcadia Press, 2000 and 2005). She served as a columnist for The Foothill Leader, Glendale News-Press, and the Foothill Paper (since 1998). She currently writes for The Voice of The Village.


“Poetry has always been in my blood,” claims DOROTHY SKILES who has been writing poetry since her teenage years. A graduate of San Fernando Valley State College, and a retired social worker (after 34 years of public service), Dorothy published her first chapbook, The Sidewalk Gallery in 1979, while being married, raising twin boys, and managing a career. Other chapbooks followed: Ear to Earth (1996), Spine Flower Blues (1999) - a collaborative effort with fellow members of the Chuparosa Writers - and Riddle in the Rain (2003) - a joint venture with Marlene Hitt. Over the last 15 years, Dorothy has been involved in the local poetry scene and her poems appeared in a variety of community publications. The President of the Village Poets of Sunland-Tujunga organizing monthly readings at Bolton Hall Museum in Tujunga, she is also an active member of Chuparosa Writers and of SAGE, an educational program for seniors, managed jointly by CSUN and the Lutheran Church in the Foothills. 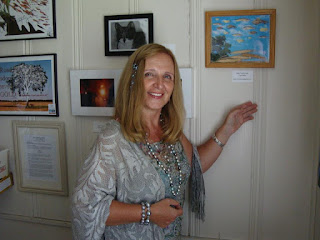 MAJA TROCHIMCZYK is a poet, music historian, photographer and translator born in Poland, educated in Warsaw and at McGill University in Canada (Ph.D., 1994), and living in California (www.trochimczyk.net). She received fellowships and awards from SSHRCC, ACLS, PAHA, USC. She published four books of music studies (After Chopin; The Music of Louis Andriessen; Polish Dance in Southern California, and A Romantic Century in Polish Music), two books of poetry illustrated with her photographs (Rose Always and Miriam’s Iris, 2008), the Chopin with Cherries: A Tribute in Verse (2010), as well as hundreds of peer-reviewed and popular articles on music and culture. Over 80 poems have appeared in such journals as the Epiphany Magazine, The Loch Raven Review, The Lily Review, Magnapoets, poeticdiversity, San Gabriel Valley Poetry Quarterly, Quill & Parchment, Ekprasis, and anthologies by Poets on Site and others. She taught music history at McGill University and USC, served as editor-in-chief for Polish Music Journal, the Poet-Laureate of Sunland-Tujunga, President of Modjeska Club and Founder/President of the Moonrise Press.

Portrait of Maja with her artwork at the Scenic Drive Gallery, by Susan Dobay.
Posted by Maja Trochimczyk at 12:56 PM No comments: