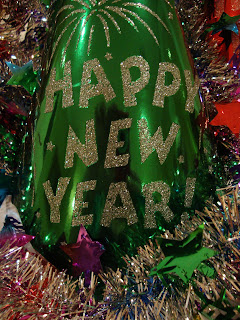 Just past the midnight hour -

New Year begins to flower
amidst high expectations,
cheers and celebrations!
We embrace the new with
resolve to keep promises
made, as days fade into
the patterns of our lives. 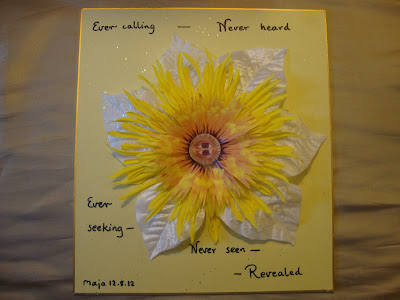 Haiga "The Gift" (c) 2012 by Maja Trochimczyk, created for
a New Year Exhibition at the Japanese American Museum in Los Angeles 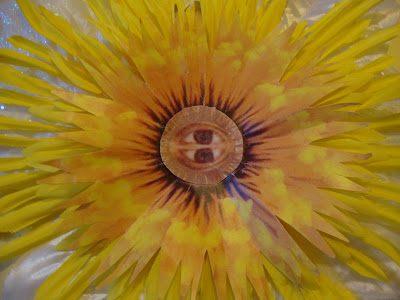 A new palette, blue-white,
fresh brushes with no tint

That long season,
that whole year
blanketed itself
over the backs of colors.
Those were the yesterdays,

A child’s red dress
stitched by great-grandmother
shimmered on her skin
beside the greens of Maui’s sea
and lavender hills of sunset,
mixing up to something odd.

Tubes of paint lie fresh
not yet opened

You were dressed in black
smart and slim
every day of the year,
and now I wonder
what your face would say
if I would give you
a sun-yellow sweater
edged in gold.

The new season has begun,
bright, clear and golden.
These are the days to remember.

Burnt umber is a fine beginning.
Over that a springtime tree. 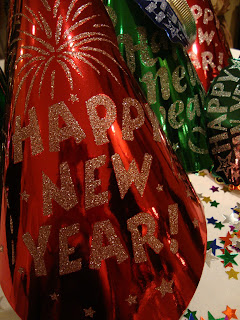 The second new moon after the winter solstice
Unless there is an 11th or 12th intercalary month,
In which case it starts on the third new moon

I much more prefer the holidays that occur on a regular date
Especially those that fall on the 1st
Steadfast and constant, dependable
Something you can anticipate
Primo, numero uno
Back to basics, square one
A built in chance to see things through clear eyes
A time to hail new beginnings
Salute the dawn of self improvement
And pose exalted on a rock of resolutions

A time to reel in that fish and rid the monkeys from your back
To wage battle against your apprehensions
Subdue your inhibitions
And vanquish your constraints
To finally stop procrastinating once and for all
Or least start thinking about it.
Yeah,
A clean slate
A fresh start
Another chance to finally get it right 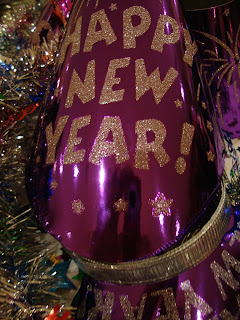 A vacant pause while the traffic of your life speeds by.
Funny, time is really meaningless
Until you appreciate how much of it you’ve used.
It’s a shock when you first realize
You have fewer days ahead than behind.
Time is tender, so tender that we should cradle each day in our arms
So we can breath its presence, ignore the clocks and accept the moments.
We should smell and touch and taste each minute
Then set it free to make room for the next.
Time is opportunity,
The chance to experience all that occurs in an instant
Or endure the eternal echoing regret;
The chance to extract the sweetest citrus
Or let the rind grow sour at hand’s neglect;
The chance to arrest the fleeting glance
Or let the heart lay fallow on a field of indecision.
Time is for doing.  And those who do nothing,
Always seem to be running out of time. 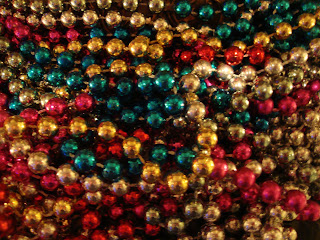 The gnu is a large antelope that
inhabits the African plains
from Kenya to northern South Africa.
Gnus are grass eaters.
From the viewpoint of a blade of grass,
no gnus is good gnus.

However, gnus are very inventive.
They have developed a process
for making a special kind of paper,
which they call gnus paper.
They’ve also invented a particularly
effective broom. A gnu broom
sweeps clean.

Gnus have historically formed tribes,
the first of which was the Hoo Gnu.
Later came the Yew Gnu and the Aye Gnu,
which eventually merged to form the Wee Gnu.

Because of their many fine qualities,
gnus were recently honored by being
added to the Chinese zodiac.
The year 2013 was declared
the year of the Gnu.

May your gnu year be filled
with smiles and good gnus.

Posted by Maja Trochimczyk at 12:43 PM No comments: