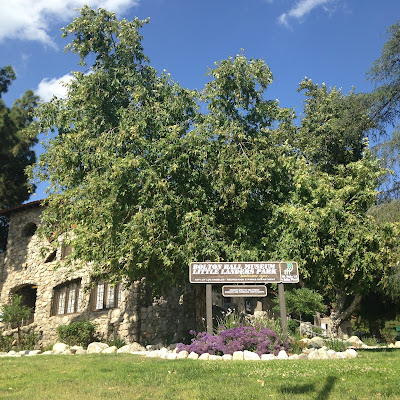 The Village Poets are pleased to invite poets and poetry lovers to the Monthly Poetry Reading on Sunday, June 26, at 4:30 p.m., at the Bolton Hall Museum, 10110 Commerce Avenue, Tujunga, CA 91042. The reading will include a featured poet, Judy Barrat, and two open mike segments. Refreshments will be served and $3.00 or more donations will be collected for the cost of the venue, the second historical landmark in the City of Los Angeles, that celebrated its centennial in 2013.  The Museum is managed by the Little Landers Historical Society. 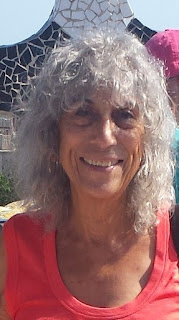 Born in the Bronx, New York, Judy was for most of her teenage years what she calls a “closet  writer” of poetry and short  fiction.  When she moved to Los Angeles in her 20's and got married, had two children, and subsequently became a single working mom writing became a thing of the past but she slowly began dabbling again in poetry and fiction, having  found sunny California  a bigger, warmer closet in which to write and about 5 years ago, was convinced by a friend that it was time to bring her writing into the light.

She has been sharing her thoughts and words at various poetry and music venues around Los Angeles and has had her work published in several quarterly magazines and anthologies, including  the Pelham Parkway Times, the San Gabriel Valley Quarterly, Spectrum, Then and Now and  Wild Women of Words, as well as on-line journals.  Not too long ago, Judy began to fuse her writings with a musical background of jazz or blues, both instrumental and vocal, adding another dimension to her repertoire.

In October of 2015 she presented a one woman show at the Gardenia Club in Hollywood to musical accompaniment, eliciting a wonderful review in Cabaret Scenes Magazine.  Her writings  (quoting Jody Jaress, actress, vocalist): “are poignantly descriptive, carry a depth of insight and mystery, and no matter what her subject or genre,  are poetically, brilliantly, and sometimes defiantly a lot like Judy herself... wonderfully enjoyable to say the least.” 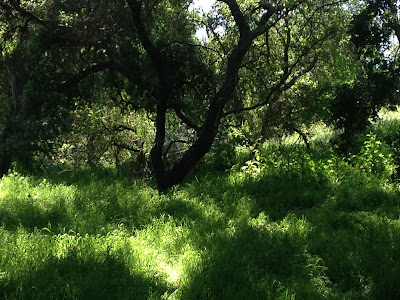 As children my best friend and I climbed a grassy hill
that seemed to kiss the sky; it was dotted with flowers.
We thought when we reached the top
The clouds would be just within our reach.

Along the way we passed some trees,
giant oaks and maples and a lone weeping willow.
And there were birds, bluebirds and robins
and we thought “this is where they learn to sing”.

Once at the top we’d sit in the cool grass
picking honeysuckle, drinking nectar from the stems;
We held buttercups to each other’s chins
To see the bright yellow reflection on our faces.

And then there were of course, the wild daisies
Which swayed in the grass and called for us to
Pick one to determine whether the boys we liked
Liked us back – he loves me, he loves me not.

Now all grown up I wander through a field
Of flowers and stoop down to pick a daisy,
Reminded as I am, of those carefree daisy days.
I look around, find myself alone and begin,

I gaze at this lovely perfect flower which seems
to look right back at me with its big yellow eye
As one by one I gently pull petals until
the last petal is gone: “he loves me not”.

He loves me not?– I stare in disbelief at
that unblinking yellow eye and tearfully ask:
“Is that your final answer?” 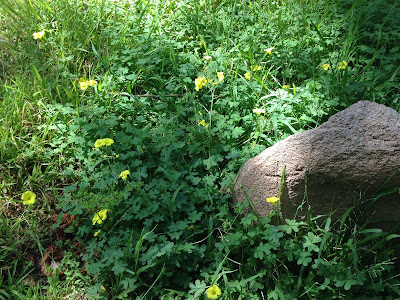 The double-feature reading on May 22, 2016 was a great success and we are grateful to Marcia de la O and Jerry Garcia for sharing their words and ideas with the Village Poets. Here are some pictures taken by Joe DeCenzo. 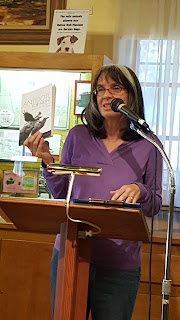 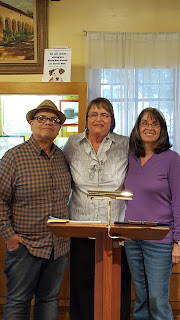 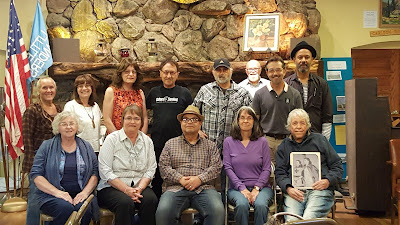 Photos by Joe DeCenzo and friends.

Posted by Maja Trochimczyk at 3:21 PM No comments: