Two different art forms, two different experiences to be grateful for... Poet Ed Rosenthal survived an ordeal in the desert to write poetry about it. Susan Dobay turned to computer-assisted art-making and what she calls "visual interpretations of music" when she no longer could paint her monumental canvas... We will meet both incredible artists on Sunday, November 24, 2013 at 4:30 p.m. at the Bolton Hall Museum in Tujunga. The Village Poets Monthly Reading will also include open mike and refreshments. 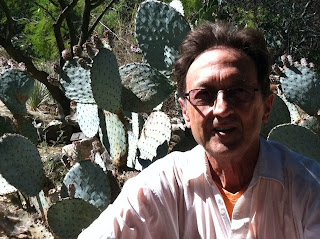 Ed Rosenthal, “Poet/Broker of Downtown Los Angeles,” was known for using his verses to keep his escrows going. Taking the opposite tact of iconic modernist poets Wallace Stevens and T.S. Eliot, who kept their day jobs at a seeming distance from their poetry, “Poet/Broker” employed poetry as a tool in commercial real estate. Rosenthal’s “Poetic Request for 30 day Extension of Contingencies” was cited in the Los Angeles Times for enabling a redevelopment project. His Wall Street Journal piece admonished clients in couplets. To place poetic legitimacy on his state-issued real estate licenses, Rosenthal had some signed by world renowned writers, including Seamus Heaney and Evan Boland.

Prior to his near-death experience, he was already bored with the persona of the “Poet/Broker.” A fan of Federico Garcia Lorca, Rosenthal began to work with poems carrying lunar motifs in urban landscapes. Survival of a harrowing near-death experience in the Mojave Desert in 2010 has deepened this imagistic writer’s divorce from practicality in the direction of spiritual exploration. 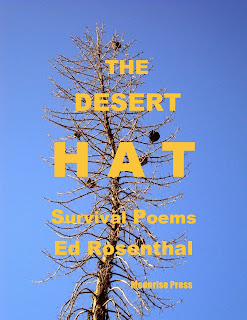 This volume of poetry was inspired by a six-and-a-half-day ordeal of Ed Rosenthal, a Poet-Broker, who survived alone after being lost in the Mojave Desert in September 2010. An experienced hiker, he unexpectedly veered far away from his usual route and could not find his way back. While in Salvation Canyon, he was several times missed by search-and-rescue aircraft and helicopters, and finally, miraculously, was found by San Bernardino County Sheriff's Deputies. The wry, surreal, and reflective poems in The Desert Hat: Survival Poems describe the spiritual trajectory of a survivor living through a close encounter with death, starting from alienation in a corporate urban environment and ending with the post-trauma reflections about life and natural environment.

The book consists of 36 poems organized in four sections, reflecting the distinct stages in the spiritual and personal journey, from getting off track, through searching for a way back, through hallucinations in a hostile desert environment, finding shelter in the shade of Salvation Canyon, to being rescued and experiencing the world after the return from the brink of death. The title alludes to a canvas hat that Rosenthal used as a notebook and helped the lost poet control his thoughts, capture emotions, and write down his last will and a farewell to his wife and daughter. The 12 illustrations include photos of the famous hat. The Desert Hat was published in October 2013 by Moonrise Press:  www.moonrisepress.com/desert.html  The book will be available for sale and signing.

In "The Desert Hat," Los Angeles poet/real estate broker Ed Rosenthal presents the mythopoetic journey through his real-life experience of being lost for 6 days in remote canyons of the Mojave Desert's Joshua Tree National Park in September, 2010. "The Desert Hat" delves deeply into the wildest and unpredictable heart of the Mojave into a storied landscape that Rosenthal renders as both recognizable to the reader and also deeply specific to his solitary and unanticipated experience, and in these poems, creates an empathetic and spiritually-affirming desert landscape that resonates within all of our desert hearts. 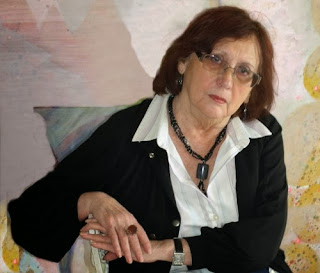 SUSAN DOBAY is a Hungarian-born California artist and gallery owner of the Scenic Drive Gallery in Monrovia. She left Hungary after the 1956 uprising against the Soviets that left thousands dead and the country in bondage for another 40 years. She studied the arts both in Hungary and in the U.S. and has shown her work for the first time with the Alliance of Hungarian Artists. As a member of New York Artist's Equity and Los Angeles Visionaries Association, Dobay has created an impressive body of work including painting, collages, image integration using digital technologies and visual interpretations of music inspired by famous operas and other classical compositions. Dobay's works were seen at over sixty solo exhibitions in Hungary, the U.S., Canada, Germany, England, Belgium, Austria, Israel, Japan and Kenya.  www.susandobay.com

Dobay's most recent project is creating music videos with artistic interpretations of scenes and characters from Italian opera (La Traviata, Madame Butterfly, Pagliacci) and Hungarian music. She calls the technique used in these visual poems "image integration" - because of their "integrated" quality, with photographs of paintings transformed into digital art and photographs of real life scenes transformed into abstract images by adding shapes and colors. Ms. Dobay will present two of her Visual Interpretations of Music. Her artistic credo may be summarized in the following statement: "Although I derive inspiration from various sources- e.g.., music, nature, the human condition- I try to find the balance between mind and spirit. My goal is to involve viewers in a creative game where both the mind and the heart are stimulated."


Posted by Maja Trochimczyk at 10:10 PM No comments: