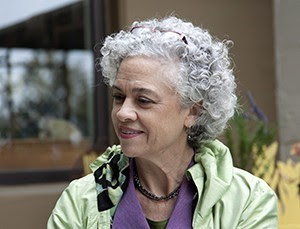 
Mary Fitzpatrick is a fourth-generation Angeleno who holds a BA from UC Santa Cruz and an MFA from UMass Amherst. Her poetry career is divided in two parts, separated by 17 years. In Part II, her poems have been featured in Atlanta Review and North American Review as contest finalists, have been finalists in the 2010 Beyond Baroque and Inkwell Poetry Contests, as well as for the Joy Harjo Poetry Prize and the Slapering Hol Chapbook Award. Her work has been featured in Mississippi Review, Atlanta Review and North American Review where she was a contest finalist. Her poetry has been published in journals, including Agenda (UK), The Dos Passos Review, ASKEW, The Georgetown Review, on-line by Writers at Work (L.A.), as well as in Hunger Mountain, Miramar, The Paterson Review, and in anthologies such as Wide Awake: Poets of Los Angeles & Beyond and Cancer Poetry Project 2. Her corporate career included translating electric-energy innovations into human prose; she works as a communications manager in a large corporation. In her non-profit career, she boosted the fortunes of a small Catholic elementary school.

not turning, standing still
the snow turning his black hair white
suspended in a bronze gong’s
chime not turning
phrases in his mind but letting the notes alight
and write their own lines; seasons turn; standing
in his summer hut
all night grasshoppers churn their tune
Basho writes by the harvest moon’s
light; then
not standing still but turning
on highest mountain top he sees
the red carp sun straddle
east and west   turning to catch
its either light standing
in Fuji’s red snow while tiny boats
drift below; when the snows melt turning
his muddy feet to riverbanks / plum blossoms
turning in the warm breezes light
with spring, Basho not answering
the call to another cup of plum
wine Basho stands unsteady in a tiny boat,
turns it to moon’s broad reflection on the pond
leaning over to kiss it and he’s gone 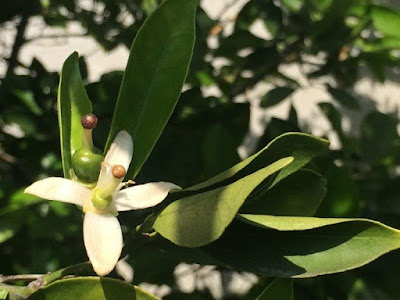 Sweet are the Uses of Adversity

Sweet are the uses of adversity
Which, like the toad, ugly and venomous,
Wears yet a precious jewel in its head.
-- William Shakespeare 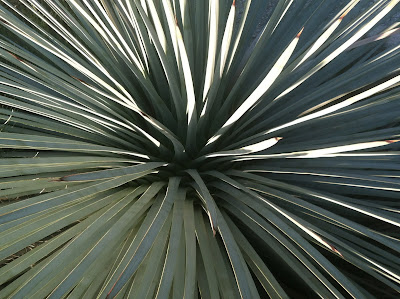 Speed of Light, by Maja Trochimczyk


One Face May Hide Another
after Kenneth Koch

I wait at least a moment
and see what is already there
as at a crossing
when one brindle bulldog
may hide another
while evening cools the air
and though one can scarcely believe
in a creature so preposterous,
yet when the light changes
there is another that appears
when their leashes split
from a single hand, and if I wait
I’ll surely see the other holding
a cell phone, for no walker
is disengaged, as at a stoplight
when one looks left to see
what one expects, the next
driver with a cell phone, but sees
instead a brindle bulldog
on the driver’s lap, a second
bulldog in the back, the driver
searching for her cell phone. Now looking up
one scouts around to see
if the streets aren’t full of brindle bulldogs
but finds instead they’re full
of people dressed in slim black pants
who haunt the sidewalks, step
in and out of cars. Some
have cell phones, some
red hair. One recedes
in her red sandals, the undersides
wink at me with each step: red,
white sole, red – then one’s
a red dot on a parrot’s cheek
and another parrot shrieks
as they hurtle, gadflies, tree to tree
and I look at least a moment, see
red flowers in the flame trees
which then take flight as parrots’ cheeks
receding with each flap, dodging
people on the streets
dressed in slim black pants. And one
is your friend, one is mine, and one
holds a cell phone or two
leashes in one hand. And though
I thought I saw you once before
it was instead
someone who resembled you and paused
and stroked her chin just to consider
if I was her cousin or her cousin’s friend
or simply looked like her –-
then drove away
with brindle bulldogs. 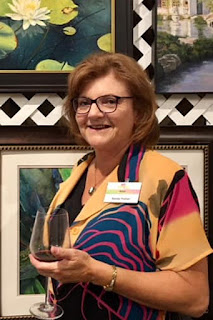 We are asking poets to write poems to eight paintings by Sandy Fisher, more information about her will be posted later, here are just the paintings to view and write about. 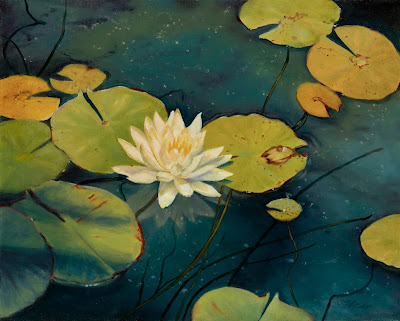 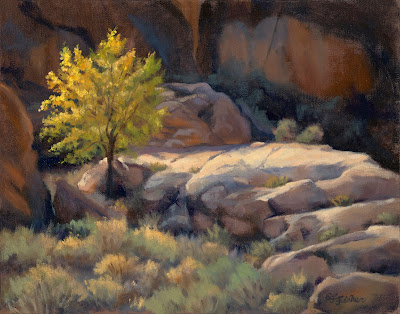 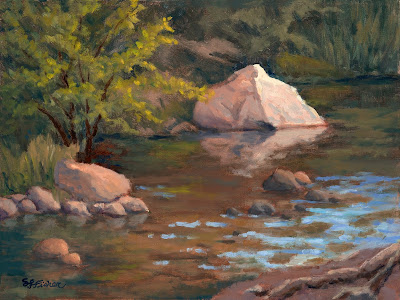 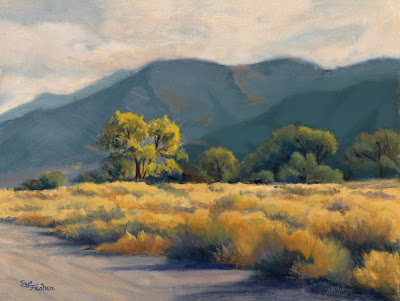 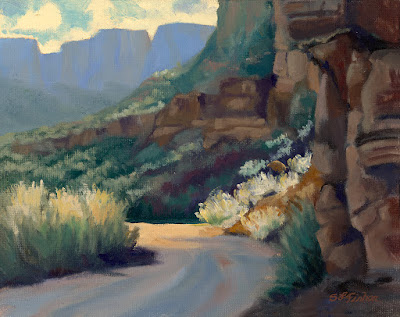 Where the Road Bends 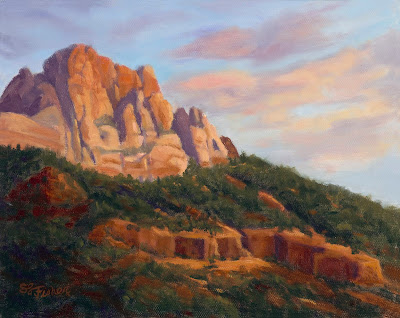 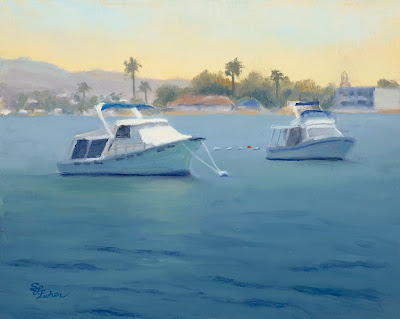 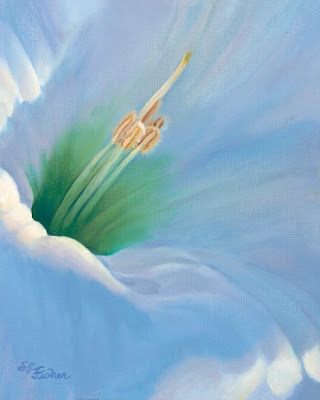 PHOTOS FROM THE READING BY PEGGY DOBREER
AND MANDY KAHN ON MARCH 24, 2029 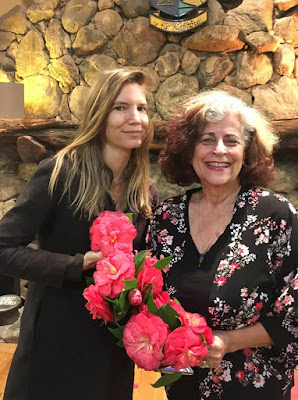 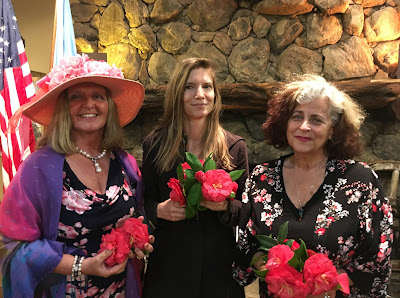 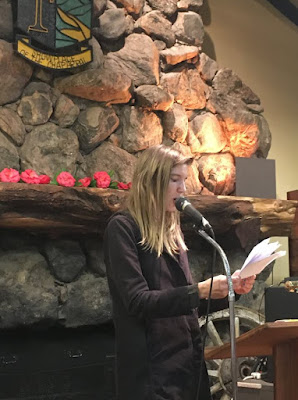 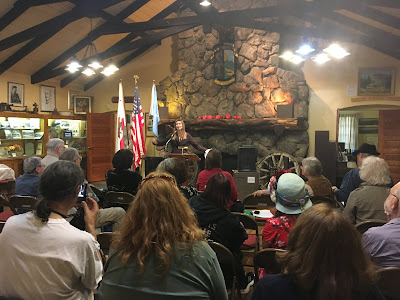 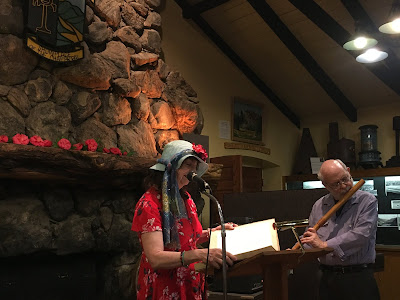 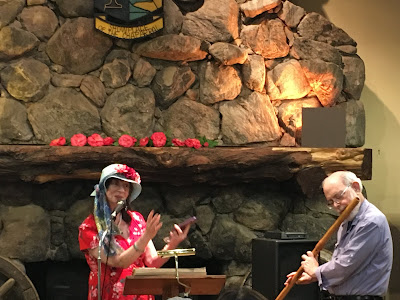 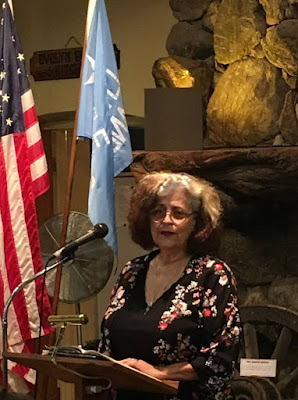 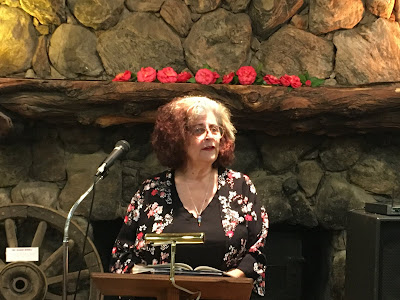 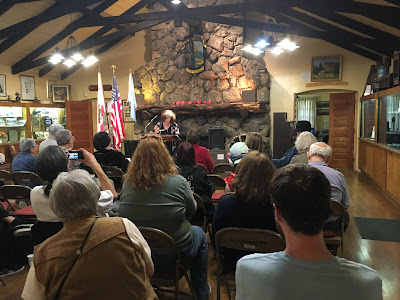 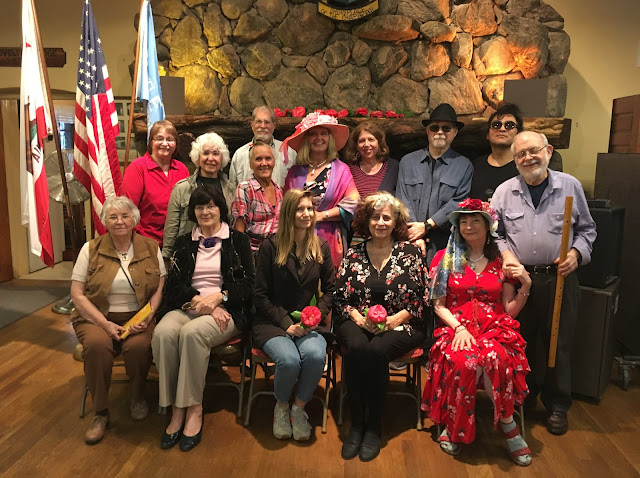 Posted by Maja Trochimczyk at 3:43 PM No comments: