Toti O'Brien Shares her Creativity and Poetry on February 24, 2019 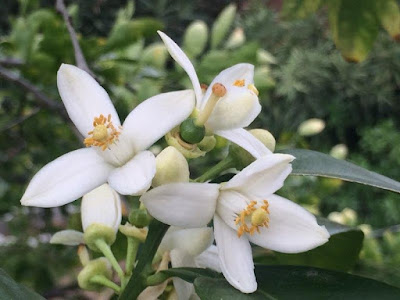 Toti O'Brien will be featured poets at the Village Poets Monthly Reading are held on Sunday, February 24, 2019 at 4:30 p.m., at Bolton Hall Museum, 10110 Commerce Avenue, Tujunga, CA 91042. The reading will include two open mike segments; refreshments will be served and $3 donations collected for the cost of the venue, the second historical landmark in the City of Los Angeles, that celebrated its centennial in 2013.  The Museum is managed by the Little Landers Historical Society. 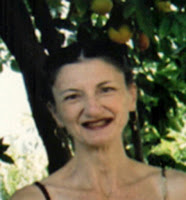 
Toti O'Brien is the Italian Accordionist with the Irish Last Name. She was born in Rome, Italy, raised in Sicily and France. After touring Europe and Brazil with her itinerant theater, in the early nineties, she established herself in Los Angeles where she makes a living as a self-employed artist, performing musician and professional dancer.

O’Brien’s first book of stories, Africa, was published in 1990. It was followed by another short story collection, Reversed Memories, two illustrated children books and an essay collection, Lanterna Magica, gathering selected work out of her long-term collaboration with Italian journals and magazines.


O’Brien started writing in English language in 2004. Since, her poetry, fiction and non fiction were published in hundreds of journals and anthologies in the US, UK, Ireland, Canada, India, Australia, and all over the world. Her most recent appearances include CultureCult, Metafore, Gyroscope and the Mizmor Anthology. Her work was nominated for Best of the Net, Best Small Fiction, Best American Essay, the Pushcart, and various other prizes. Her memoir ‘Nicotine’ won a nonfiction prose award in 2018. Her essay ‘Blur In The Front Line’ won the Anthony Award for inspiring and revolutionary work in nonfiction prose in 2016. Besides her creative writing, she contributes articles and reviews about art, music, film, literature and civilization to several magazines. She also translates poetry and prose from the Italian, the Spanish, and the French.


O’Brien’s multimedia artwork was exhibited in group and solo shows in Europe and the US, since the early nineties. Her paintings, sculptures, collages and textiles were featured in many publications, and she has produced book covers and illustrations.  She majored in Music, specializing in Vocal Performance. She currently performs classical and popular music as a vocalist and an instrumentalist, both solo and as a member of several groups.  She was trained in contemporary dance and acrobatics, and she is currently a member of two dance companies. 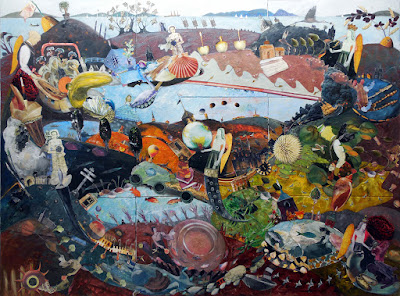 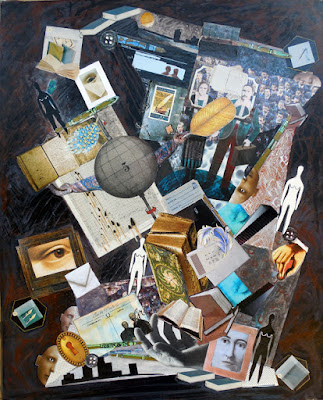 As you vanish, unchecked
grasping frantically
at denial
(your trusted safety belt)
trying to resist sinking

noticing
on a glimpse of consciousness
you cannot tell your age
or mine, or today’s date

‘then’ you say
‘we should say farewell.
I might not recognize you
the next time around.’

‘Chances are you won’t, Mom.’
‘But you’ll love me nevertheless’
I would like to add.
Tears choke me.

‘You’ll love me’
my mind whispers
‘because of the cormorants
we watched from the riverbank.’

Your arm weighing over mine
as I pointed at dark silhouettes
long necks
wide wingspans.

You were all there, were you?
Enjoying the breeze
and my words.

When you’ll recognize me
no more, your body
—your nameless soul—
will recall the cormorants
and the afternoon sun.

Your arm will seek mine.
You’ll know I am a good thing
you can lean on. 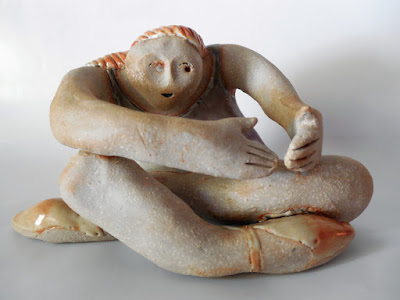 
How it crumbles
like pebbles slipping between your fingers.
Oh, the number of rings you possess.
Aren’t jewels stones?

Only
when your brain has scattered
like beads on a carpet
you start marveling at the uselessness
of redundant adornment.

Gold is dust
swallowed by lazy waters.
After a long season of draught
riverbanks are sunken
and a reek of mud fills our nostrils
as we walk.

Your step has become unsteady
one of your feet, askew
skids on its own course.

Mother tongue
as you lose it
the universe falls apart.
All of my past implodes
as its vessel gives in.

Cracks, leakage
infiltration were bearable.
Now this rupturing ends the empire.
Such sadness.
Like a flight of swallows
headed to Neverland.

With your silence
long-lasting spells will subside
something whispers into my ear.
Not a comforting sound
but the metallic utterance of a toy frog
whose mechanics are breaking
as your lips harden.

If the spell will dissolve
what will remain?
A dryness of bones
a flayed snake
as defenseless as a severed length
of garden hose.

I’ll become an alphabet
unknown to myself
a satchel of un-deciphered symbols
yet another story untold. 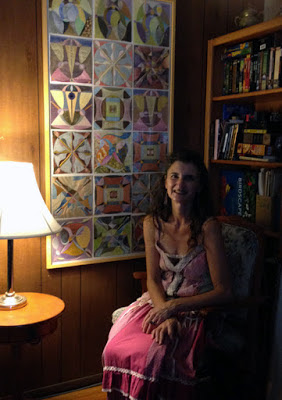 The January 2019 reading included a wealth of verse by local and faraway poets, including a presentation of a new anthology edited by Kathabela Wilson, based on meetings in Japanese Stearns Garden in Pasadena; as well as Lloyd Hitt's collection of poems, work in Japanese and English by Mariko Kitakubo, commemoration of the International Holocaust Memorial Day by Maja Trochimczyk, poetry about foster youth by Cile Borman, and many other fascinating works of verse. 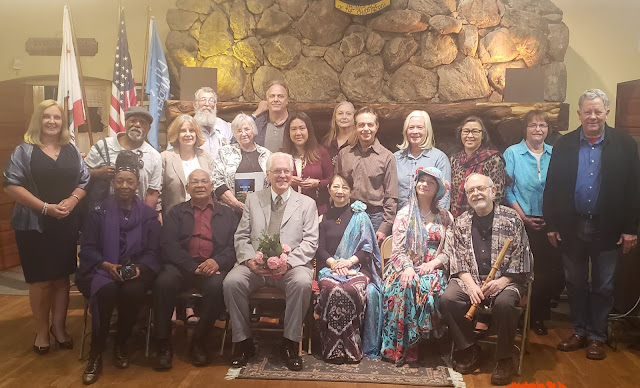 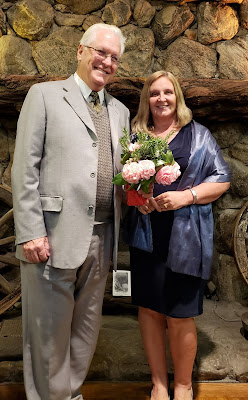 Gabriel Meyer with Maja Trochimczyk with rosemary and camellia from Maja's garden. 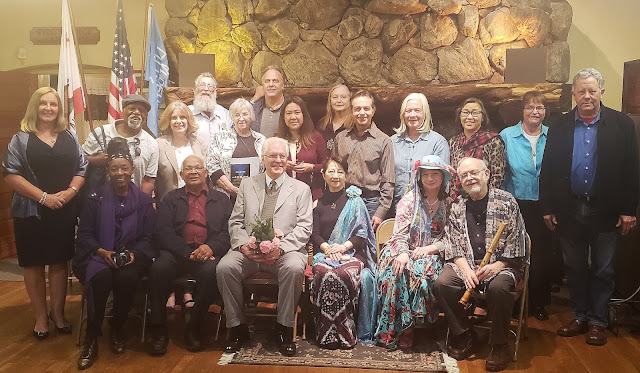 Posted by Maja Trochimczyk at 8:27 PM No comments: