We are delighted to announce that Peggy Dobreer will be the featured poet at the next Village Poets Monthly Poetry Reading at Bolton Hall Museum in Tujunga. The reading will be on Sunday, September 22, 4:30 p.m. In addition to the Featured Poet there will be two Open Mike segments and refreshments. We will pass George Harris's Hat to collect donations for the Bolton Hall. 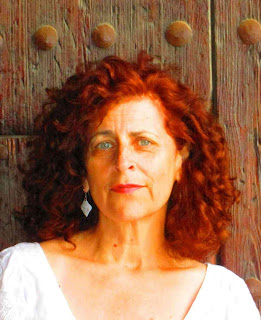 Peggy Dobreer is a Los Angeles based poet, educator, and yogini. Her first book of poetry, In The Lake of Your Bones was released by Moon Tide Press in March 2012. Her work has been published in journals, such as Poemeleon, Malpais Review, Bicycle Review, San Pedro River Review, and Yoga Magazine. Just released from Ain’t Got No Press, she is proud to be included in Ekphrastia Gone Wild with Nobel Laureate, Wislawa Szymborska. Peggy is co-author of 64 Ways To Practice Nonviolence: A Curriculum and Resource Guide, ProEd, Inc., 2008.

The Double Feature of Jessica Wilson and Jason Brain on August 24, 2013 was an encounter with new directions in California poetry in the home of California Poet Laureate, John Steven McGroarty. The event was hosted by Maja Trochimczyk. 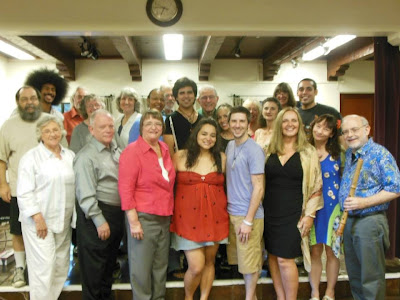 Posted by Maja Trochimczyk at 9:42 PM No comments: 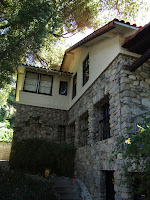 The August Village Poets Reading will be held on Saturday, August 24, 2013 at 4:30 p.m. at the McGroarty Arts Center in Tujunga. The Center is located at: 7570 McGroarty Terrace, Tujunga, CA 91042.This event is a joint venture between the Village Poets of S-T and the McGroarty Arts Center. It is an opportunity to welcome the community to a relaxing and enjoyable late afternoon of poetry at the historic home of John Steven McGroarty, the first Poet Laureate of California.

Two poets will share the stage, Jessica Wilson and Jason Brain. There will be open mike sessions and refreshments provided by the Village Poets. We will pass George Harris's hat to collect donations for the Center, for the use of the space.

Hostess and Founder of Writers' Row: Downtown LA's Official Written Art Showcase, SoapBox Poets Open Mic, Writer Wednesdays, and the NoHo Salon. She is the Los Angeles Organizer for 100 Thousand Poets for Change and Founder of the one and only Los Angeles Poet Society! 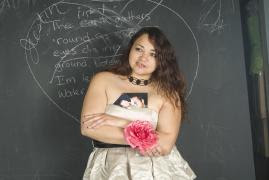 Jessica teaches for California Poets in the Schools at a Poet-teacher. Newly published in anthology In the Company of Women by Edgar & Lenore's Publishing House, 2012 "Viva La Poetry", A feature on Jessica M. Wilson written by Apryl Skies for Examiner Magazine: http://www.examiner.com/poetry-in-los-angeles/jessica-wilson-viva-la-poetry

An article written on Jessica's series, Writer Wednesdays by the NoHo Arts District E-zine, http://nohoartsdistrict.com/index.php/north-hollywood-news/item/1671-the-spirit-of-the-beats-and-the-beatnik#.UTfwHRyG26_ A Poet from East Los Angeles, CA, Jessica holds her Master of Fine Arts in Writing from Otis College, and a BA in both Creative Writing and Art History from UC Riverside. Her heart is to build a universal community of literary goodness in Los Angeles! She is a Beat girl, true and true. 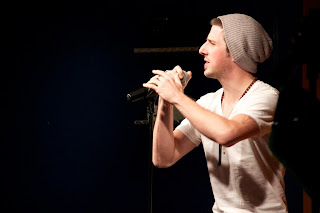 Lifelong native Angeleno, Jason Brain’s favorite hobby is breathing. When he’s not breathing, Jason is an up-and-coming Spoken Word Poet and artists advocate. His 1st published collection of poetry, Mix Tape Collection I: Original Poetry, is available to the public on Amazon.com. Jason is also a burgeoning Visual Artist of photography and geometry; a theatre playwright currently revising his “365 Day, 365 One Act” collection, Amerikana:365; and the creator and host of Soapbox Sessions, an established weekly Open Mic night in the San Fernando Valley.

Jason also likes to make time to play sports, meditate, and enjoy the little things in life (like beautiful sunsets, good friends, and delicious coffee) in between it all. He hopes to meet you soon. 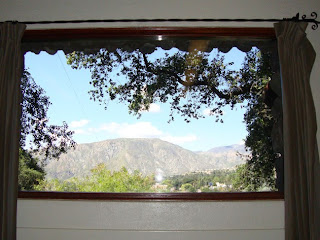 Directions to the McGroarty Arts Center:

Exit 210 freeway west at Lowell Avenue and travel north, uphill, until you reach Foothill. Turn left. Proceed through Tujunga until you see Denny's on the right. Turn left on Plainview. Follow Plainview past McGroarty Park. Turn right into the driveway at the art center. Parking is on the top lot and the bottom lot with many stairs leading from the lower lot. Enter at the back if a class is in session.

From the 210 freeway east, exit Sunland Blvd. Turn left and drive about three miles up Foothill (Sunland becomes Foothill) Denny's will be on your left. Turn right on Plainview (south) and continue past McGroarty Park to the entrance of the art center. (Beware of Yates Street at Tommy Burgers. Don't turn there).

KIRBY AND COLLINS READING  - A SUCCESS

The first ever co-feature at Bolton Hall, featuring Mina Kirby and Beverly Collins on July 28, was very well attended and well received. More pictures are in Picasa Album - July 28. 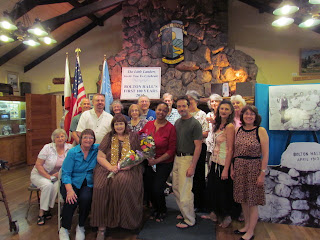 In the words of Dorothy Skiles: "Saturday's event went real well! We had about 30 folks that attended. A number of new visitors as well, in addition to the regulars and those coming to support Bev and Mina. The featured program with Mina and Bev was outstanding! Their poems were light-hearted, funny, poignant - always reaching for the heart of the matter. They were very well received by the audience. We had good participation with the open reading segments. Lots of good poetry! And good snacks!... It's great to see people gather and visit at the break, and after the readings!"

One of the readers, Mina Kirby, wrote a note, in response: "Hi, Dorothy, Thank you and the other Village Poets for inviting me to read yesterday. I thoroughly enjoyed it. I have always enjoyed the Village Poets -- You provide such a friendly, supportive atmosphere. And also thanks for the copy of the paper and the lovely flowers. The flowers are sitting over by the printer where I can see them and where the cat (who was very interested -- he wanted to bat at them...sigh!) cannot get to them. It was nice to be featured with Beverly. I enjoy her writing too."

MORE ON THE FOURTH OF JULY

The Fourth of July Parade included four poets in a Poet Laureate Convertible: Dorothy Skiles recited her occasional poem, Joe DeCenzo was a top-hat driver and brought Sousa Marches and the National Anthem music to play, Marlene Hitt was dressed in her poems (she made a vest of a copy of one chapbook, very original!), and Maja Trochimczyk wore the flag on her head and her heart... not knowing yet that her mom died in Poland on that very day...

More pictures from the Parade are on Picasa Web Albums - 2013 Fourth of July.

Pictures from Sunland - Tujunga, including the mountains, gardens, and local landmarks are in Maja Trochimczyk's Album - 2013 Sunland-Tujunga Postcards.

This Fourth of July -
Let’s give a cheer
our town’s
parade is here!
Marching bands,
horseback riders,
carriages, classic cars,
and cycles
all making their way
down the boulevard.
Neighbors greeting,
friends meeting,
flags waving high!
Children giving chase
as fire trucks go by,
spraying the crowds,
cooling them down.
Sunland-Tujunga
that’s our town!
Star-spangled skies
will surely be alight
for this town will shine
in celebration tonight!
Young folks’, old folks’, all folks’
eyes watching darkened skies
for the sights and sounds
of fireworks on jubilant display
on this our nation’s birth holiday!

Posted by Maja Trochimczyk at 7:38 AM No comments: