"Notes and Letters" by Bill Cushing with Chuck Corbisiero, and a Visit by Mariko Kitakubo on July 24, 2016 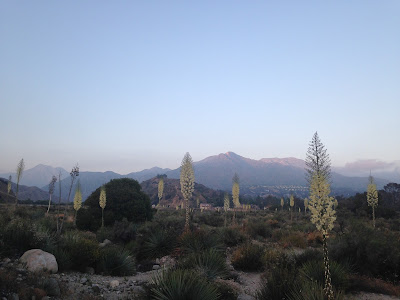 Continuing its monthly poetry readings, The Village Poets of Sunland Tujunga will feature a duo for its monthly poets reading on July 24, 2016 at 4:30 p.m. Two former NYC neighbors, Bill Cushing and Chuck Corbisiero, join musical-poetic forces in L.A. for a performance at the historical landmark. 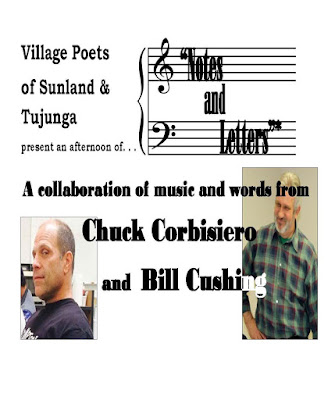 Held at the Bolton Hall Museum in Tujunga at 10110 Commerce Ave. (91042), which marked a century of existence in 2013 and is the second historical landmark named in the city of Los Angeles, the event begins at 4:30 p.m. The group requests a $3 or more donation to assist in the building’s upkeep; refreshments are offered.

As it happens, this reading took over 40 years to happen. Nearly 50 years ago, Chuck Corbisiero and Bill Cushing grew up across the street from each other. After Bill began serving in the Navy in 1970, the two found their lives on separate paths. Now they have joined forces to present a show blending Bill’s poetry with Chuck’s musical talents dubbed “Notes and Letters.”

The two reconnected at the end of 2015 when Bill participated in a reading commemorating his publication in the award-winning anthology Stories of Music. Bill, an MFA graduate from Goddard College in Vermont, has lived in the Los Angeles area since 1996 and teaches English at area community colleges. He has been publishing professionally since 1987 and began poetry as a serious avocation two years later.

Chuck, a guitarist who plays Jazz, Blues, Brazilian and various other musical genres, earned his B.F.A. in Musical Performance and Arranging at the City University of New York - The City College during Gil Evans' tenure as Artist in Residence. He also plays stand-up bass and worked as Eddy Arnold's guitarist. He moved to the area in 1991.

Copies of an accompanying chapbook will be available for purchase during the event. 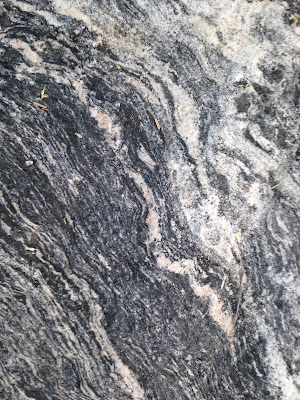 I have always taken
the four a.m. watch:
those three hours before dawn when,
inhaling the moist sweetness
of a new day, we awake
and escape last night’s darkness,

The ocean rushing underneath,
its volume
dependent upon current hull speed,
spills a phosphorescent wake —
the only natural source of light
besides the moon.

Rolling up and down,
swaying into balance
on the balls of my feet while
cradling the warmth
of a mug’s contents.

Soon
an orange sliver appears
and grows, as the sun
finds the seam in the weld


that fixes sea to sky. 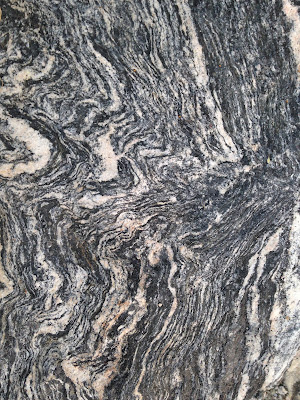 Up where the mountains
curl like sleeping dragons,
peaks piercing
far above the clouds,
in another world
two miles
above sea level sits
the center of the Incan empire,
Cusco: a pupute,
bellybutton of the world.

Like a crouching panther
this place,
all diagonal
slopes, everything
hard stone: boulders, smooth squares
of grey granite the size
of a room; cobblestones,
loose ovals of softer pastels;
and of course, interrupting
the landscape is the weighted
masonry of churches with arches
lifting statues
promising spirituality
but instead
delivering conquest.

In the morning comes
the hammering from the town square:
a stonemason crouches amid
rocks, boulders, and stones.
His song rings out
with each ping of the steel
striking the rock
he works on. Not far,
the finisher chips
discretely on the rough work,
trimming the rock into shapes
that could easily
have come from a lathe.

Then there are the people,
the cusqueños:
Trudging along
the sloping roads and paths,
they carry belongings
or wares in the lliclla—
colorful blankets sprouting
babies, flowers, hay,
or more stones,
the wraps that
wrap
around stooping shoulders
and seem to push the carriers
into their own incline
as they make their shuffling way
up these narrow and steep
streets while we tourists steep
coca tea in our rooms,
attempting to adjust
to the heights.

At midnight
we bolt awake, our bodies
gulping air to catch breath; feeling
a tingling in fingers,
we drown in thin air.

The cusqueños,
like the stones surrounding them,
are squat, browned,
with hearts enlarged
and noses slightly widened:
equipment for the altitude.
The old ones peer
through occidental eyes
cracked and peeling
from age and
knowledge,
knowledge ancient
and pure.

by Bill Cushing, published in Metaphor in 2015 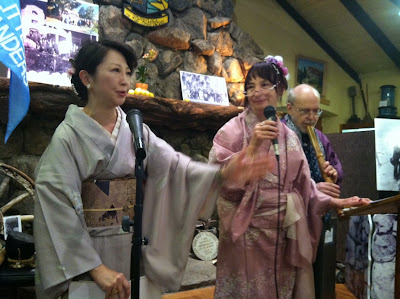 Prior to the main feature, we will welcome Mariko Kitakubo with Kathabela Wilson and Rick Wilson (flutes), in a special appearance dedicated to Asian music, instruments and the art-form of tanka. Village Poets featured them together in March 2014, and we are looking forward to the new program. In June 2016 Mariko, Kathabela and Rick were together for almost two weeks in Kamakura and Karuizawa Japan. On June 5, they performed tanka together at the 8th International Tanka Festival in Karuizawa, Japan. Her new book of tanka, "Indigo" has just been published by Shabda Press, 2016.

Born in Tokyo, Japan, Mariko Kitakubo lives in Mitaka-city, Tokyo and is an accomplished poet. She is a member of the Association of Contemporary Tanka Poets, Kokoro no Hana, The Japan Writers' Association, Japan PEN Club, Japan Tanka Poets Club, Tanka Society of America, and Tanka Online Project. She published 6 books of tanka including 2 bilingual ones: On This Same Star and Cicada Forest. She has also produced a CD of her tanka, entitled Messages. her most recent book of tanka was issued by Shabda Press in California.

Mariko is an experienced performer who has presented her poetry on at least 100 occasions, 50 of them overseas. Tanka as a form pre-dates haiku, in fact haiku was born from it. It is emotional, musical, lyrical. and free. Mariko hopes by her presentations to encourage more poetry lovers worldwide to appreciate and practice tanka. tanka.kitakubo.com/english 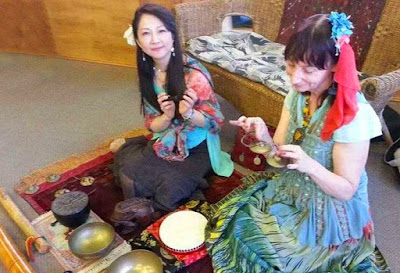 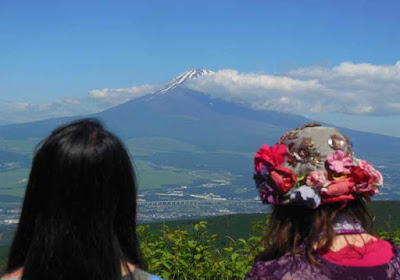 Posted by Maja Trochimczyk at 6:39 PM No comments: