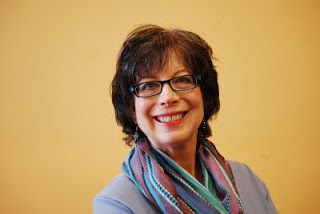 Georgia Jones-Davis is a former book review editor at the Los Angeles Herald Examiner and the Los Angeles Times Book Review. She has published poetry in "Westwind," "The California Quarterly," "The Bicycle Review," "Brevities," Sam Hamill's website "Poets Against War," "Voices From the Valley," "poeticdiversity" and "South Bank Poetry" (London), among other publications. She is also one of the contributors to the "Chopin with Cherries" anthology. Georgia serves as a co-director of Valley Contemporary Poets and the founder of The Jewish Home for the Aged poetry club. She was honored as one of the Newer Poets 2010 by the Los Angeles Poetry Festival, Beyond Baroque and the Los Angeles Public Library ALOUD series.

Georgia wrote and published poetry while a student at UCLA, but avoided poets and poetry during her more than twenty years in literary journalism. After leaving the newspaper world, poetry came back like a long lost, muddy dog. It took some coaxing and a lot of grooming to get back into the poetry show ring, she says.

She wore the thin
leather boots bought in Haight-
Ashbury. On the ride
back to Krakow
a disturbance crept up on her,
a disturbance she could not recognize.

Joseph, her great-grandfather,
arrived in one of the last transports,
never left.

In this place where the dead survive
did Joseph's fire-digested eyes
know Emily on sight,
the daughter of his daughter's daughter,
a link in the dying chain

When I was eighteen I traveled to Hawaii
with a tribe of old and holy women from the Midwest.

I wore a tight yellow sheath, tasted papaya for the first time.
My roommate slept in curlers, studied bible before bed.

Midnight I was on the beach, stepping into the heartbreaking
breakers that rolled beneath a yellow ukulele moon.

Those steamy nights in Oahu how Don Ho filled the churchy, starchy hearts
of the sturdy wahinis from the islands of Iowa, Indiana, Illinois

with naughty hulas and pineapple dreams. The lingering aloooooha
of Don Ho was what the fat, widowed, moo-moo'd belles took home

to deep lakes and wide rivers, corn and wheat fields of the Sandburg prairie
that rolled like an ocean beneath a yellow ukulele moon.


ABOUT THE BLUE POODLE 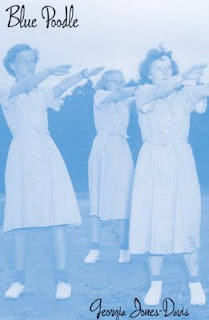 The poems in "Blue Poodle," the debut collection by emerging poet Georgia Jones-Davis, have been described as ripe and plumy, as the "liquid poetry of roller skating, snow and blood." "Keep knives hidden," Georgia writes, but she doesn't! These poems are sometimes lyrical or humorous or tough -- sometimes all three at once -- yet "easy listening" poems that will go on playing a tune in your head, as Suzanne Lummis described them. Ghosts of beloved writers, murdered ancestors, mothers, daughters and the vanishings all around us abound in the familiar yet original stories these poems tell.