From Japan! Mariko Kitakubo and Kathabela Wilson in a Tanka Dialogue on March 23

On Sunday, March 23, 2014 at 4:30 p.m. Village Poets will present a guest from Japan, Mariko Kitakubo, and a guest from Pasadena, Kathabela Wilson, in a poetic dialogue using an ancient Japanese poetry form, the tanka. Their presentation will be accompanied on Japanese flutes, by Rick Wilson, a math professor at Caltech in Pasadena - a collector and player of flutes of the world. He will accompany the poets on shakuhachi, a traditional end-blown flute of Japan.

As usual, the reading will include two sections of open mike and refreshments. A suggested donation of $3 will help defray the costs of future events. 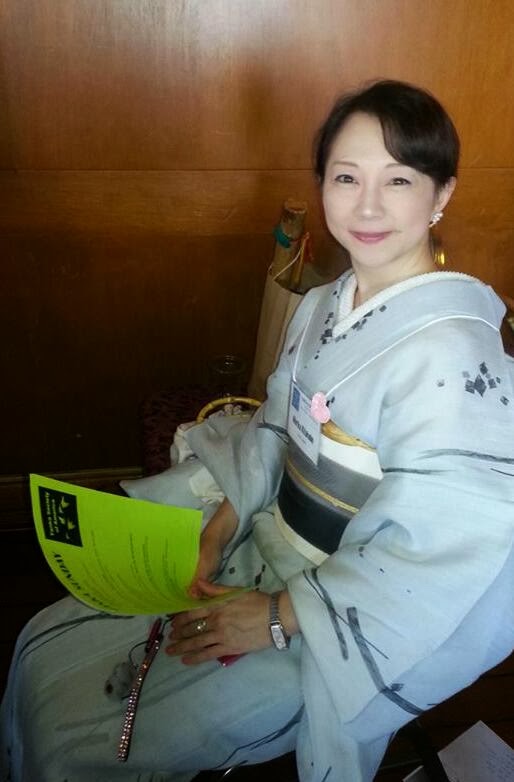 Born in Tokyo, Japan, Mariko Kitakubo lives in Mitaka-city, Tokyo and is an accomplished poet. She is a member of the Association of Contemporary Tanka Poets, Kokoro no Hana, The Japan Writers' Association, Japan PEN Club, Japan Tanka Poets Club, Tanka Society of America, and Tanka Online Project. She published 5 books of tanka including 2 bilingual ones: On This Same Star and Cicada Forest. She has also produced a CD of her tanka, entitled Messages. Mariko is an experienced performer who has presented her poetry on at least 100 occasions, 50 of them overseas. Tanka as a form pre-dates haiku, in fact haiku was born from it. It is emotional, musical, lyrical. and free. Mariko hopes by her presentations to encourage more poetry lovers worldwide to appreciate and practice tanka. tanka.kitakubo.com/english 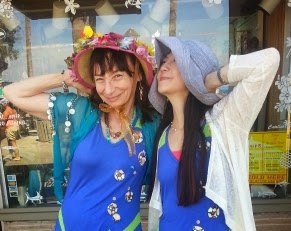 About seven years ago Mariko Kitakubo visited the Pacific Asia Museum to present a program of her poetry in Japanese and English. Her musical, beautiful voice in Japanese greatly impressed the audience. and Kathabela Wilson was inspired to explore this lyrical, emotional form in more detail. Mariko and Kathabela have since collaborated, writing a dialogue sequence of tanka in answer to one another which we will present at the reading for Villlage Poets: “The dialogue was inspired especially by our meeting one another, and what it meant to us, and our experiences on Catalina Island, off the coast of Long Beach CA, an excursion taken at the end of the haiku and tanka conference.” 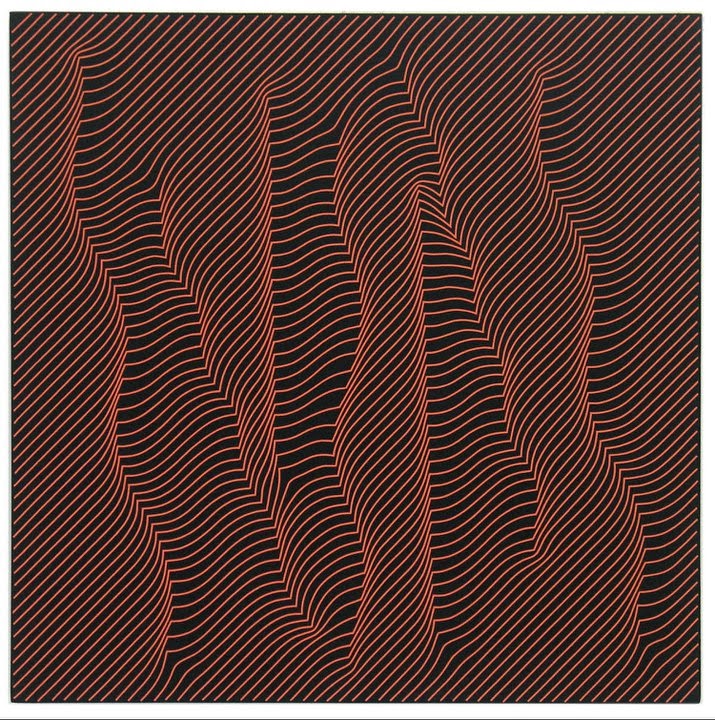 The February 23, 2014 reading by Dorothy Skiles was filmed by Joe Barrett and placed on Vimeo. In this reading she presented a series of poems inspired by or coupled with photographs by her husband Bill Skiles.  This travelogue took the listeners into the past and around the world, into reflections about the beauty of nature and the passing of time. There was a visit to snow-covered Berlin, and sunny English countryside. There were boats in Venice, Italy, and chaparral in our hills. The full moon, birds in flight, open sea, a Japanese plum tree in the spring, and the summer rains. A real delight! 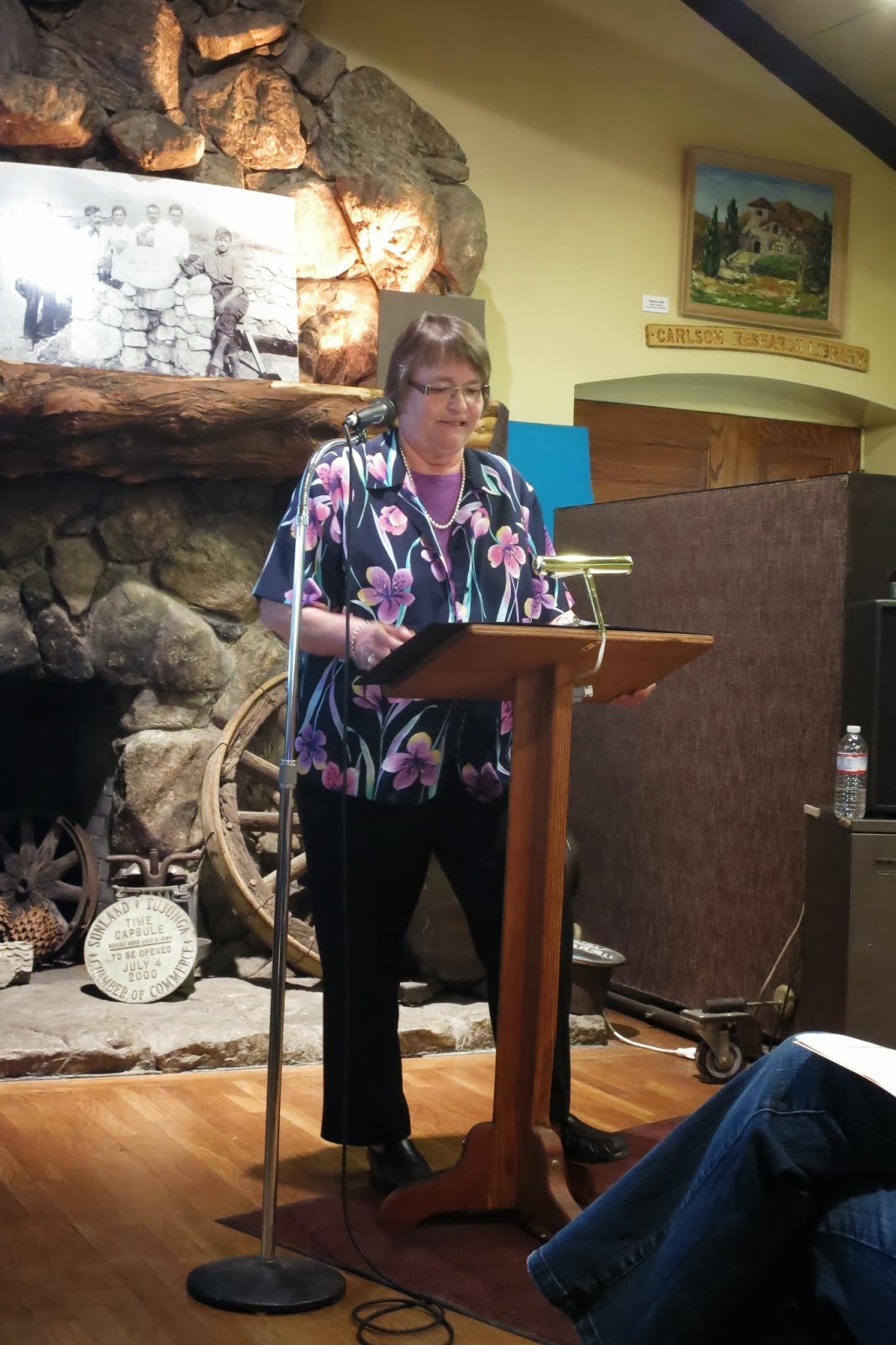 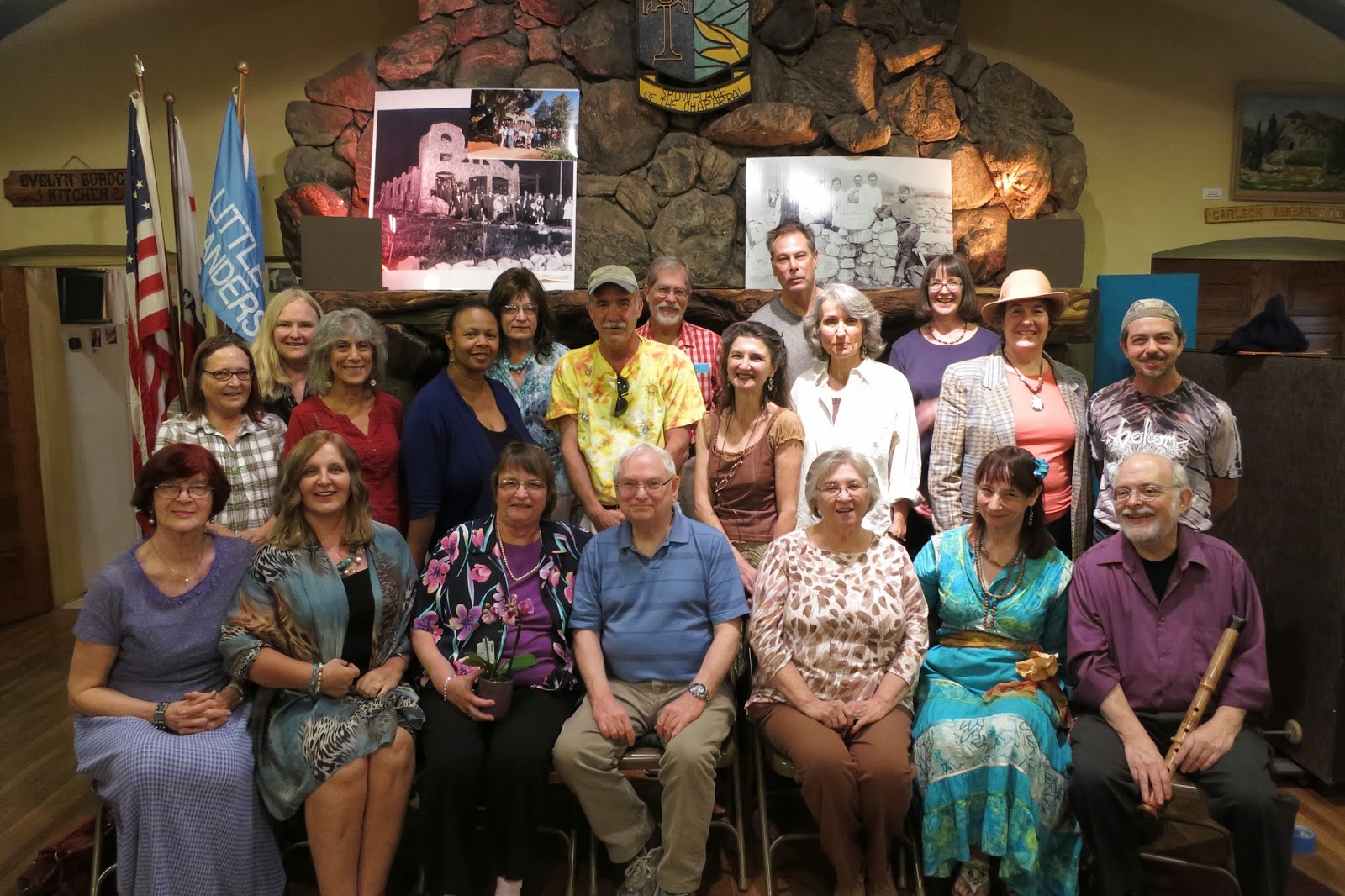 Since May 2010, Village Poets have sponsored monthly poetry readings, inviting well established poets from Los Angeles, the foothills, and beyond. These events are a meeting place for the community and poets alike to gather and enjoy an afternoon of poetry. Routinely, there are two open reading segments welcoming new or seasoned poets who want to share their work. 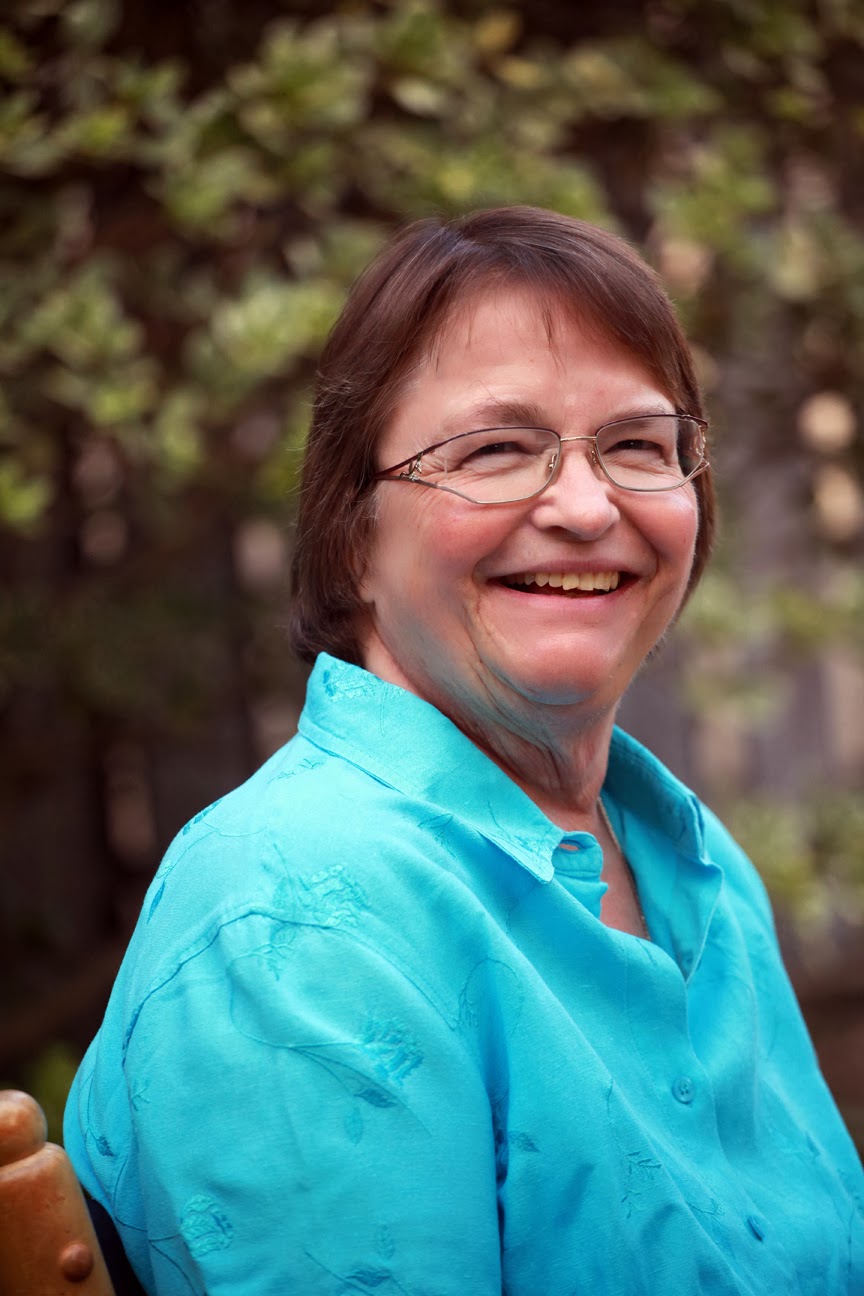 Over the last 17 years, Dorothy has been involved in the local poetry scene and her poems appeared in a variety of community publications. She is a long time member of the Sunland-Tujunga Chuparosa Writers, and has published several chapbooks including: The Sidewalk Gallery (1979), Ear to Earth (1996), Spine Flower Blues (1999) - a collaborative work by the Chuparosa Writers, and  Riddle in the Rain (2003) – collaborative work with Marlene Hitt. She also has poems in Meditation on Divine Names, edited by Maja Trochimczyk (Moonrise Press 2012), and From Benicia With Love, edited by Don Peery (Accent Digital Publishing, Redding CA 2013).

In 2013, Dorothy served on the Bolton Hall Centennial Committee that planned numerous celebratory events commemorating the 100th year dedication of Bolton Hall. She currently serves on the Verdugo Hills YMCA Senior Advisory Board, as well as facilitating a monthly “Y” Poetry Group. She also enjoys sharing her poetry with seniors at Sunland Park Senior Citizen Center. Dorothy is an active member of the Lutheran Church in the Foothills, and has brought poetry to various church events, including facilitating an “Evening of Poetry” event in September 2013. Dorothy is also an active member of P.E.O (Philanthropic Educational Organization) which promotes educational opportunities for women.
Posted by Maja Trochimczyk at 7:03 PM No comments: