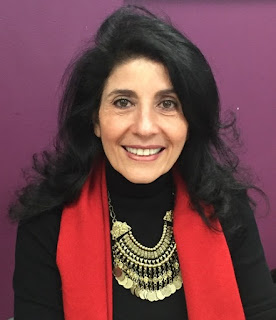 YouTube Video from the Reading: https://youtu.be/esVpolXomyE
Village Poets of Sunland-Tujunga are pleased to present an amazing poet and artist from Michigan, Hedy Habra, to celebrate Women's Month of March 2022. The reading will take place online via Zoom, with links sent by Dorothy Skiles (DMHSkiles@gmail.com - request your link).  Join us on Sunday, March 27, 2022 at 4:30 pm.

The Village Poets Monthly Readings include two segments of open mic for poets, typically reading two poems each, plus 30 minutes from one featured poet or 20 minutes each from two poets. 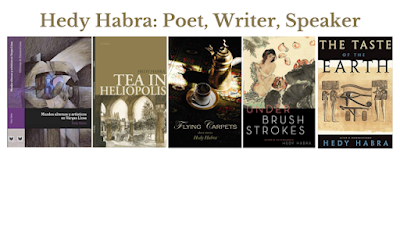 Hedy Habra is a poet, artist and essayist. She has taught Spanish at Western Michigan University and is currently studying Mandarin. She has authored three poetry collections, more recently, The Taste of the Earth (Press 53 2019), Winner of the Silver Nautilus Book Award, Honorable Mention for the Eric Hoffer Book Award, and Finalist for the Best Book Award. Tea in Heliopolis won the Best Book Award and her ekphrastic collection, Under Brushstrokes, was finalist for the Best Book Award and the International Book Award. Her story collection, Flying Carpets, won the Arab American Book Award’s Honorable Mention and was finalist for the Eric Hoffer Award. Her book of criticism, Mundos alternos y artísticos en Vargas Llosa, examines the visual aspects of the Peruvian Nobel Prize Winner narrative. A seventeen-time nominee for the Pushcart Prize and Best of the net, and recipient of the Nazim Hikmet Award, her multilingual work appears in numerous journals and anthologies. She has just completed a poetry manuscript "Or Did You Ever See the Other Side?" inspired by women artists.  https://www.hedyhabra.com/

Habra has painted the artworks for her book covers.

Information on her Books available at https://www.hedyhabra.com/books/ 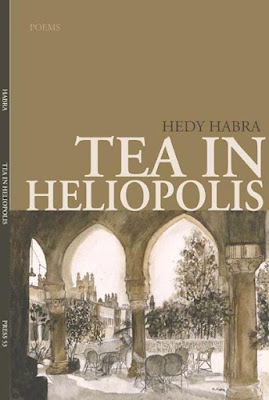 The Taste of the Earth

Two fawns cross the creek. One of them pauses, linked

to his mirror reflection by the tip of his tongue, parallel

worlds merge on the fault line of a folded image.

A musical phrase sticks to your skin, the wind espouses

ripples, liquid dunes lick the shoreline, give moisture to

The shore is faithful to the stream’s first touch. Like first

love, it nourishes tendrils rising into a green flame,

never forgotten like the taste of the earth. A desert thirsts

for an oasis, a fawn melts into the music of a fable,

anchoring us farther with each shoot spreading from our

birthplace to everywhere we’ve lived, to where we live

now, and does it make a difference if the root remembers? 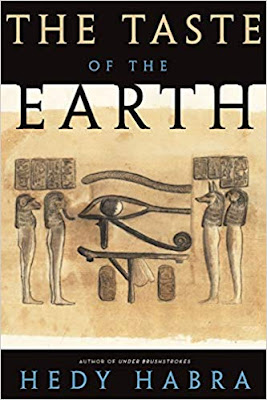 The Apple of Granada

Some say Eve handed a pomegranate to Adam, and it makes sense to me. How can the flesh of an apple compare to the bejeweled juicy garnets, the color of passion, hidden under its elastic pink skin tight as an undersized glove, a fruit withholding the power to doom and exile since the dawn of time. For a few irresistible seeds, didn’t Persephone lose sight of the sun for months? I mean, think of the mystery hidden in its slippery gems, of the sweetness of the tongue sealing the union with the beloved in the Song of Songs. And I succumb, despite how messy it is to crack the fruits open, invade that hive, oblivious to the indelible droplets splattering the sink, reaching beyond the marble counter all over my arms and face, as my fingertips delicately remove its inner membranes, until the bowl is filled with shiny ruby red arils. I add a few drops of rose and orange blossom water, the way my mother did and my grandmother used to do and her mother before her. 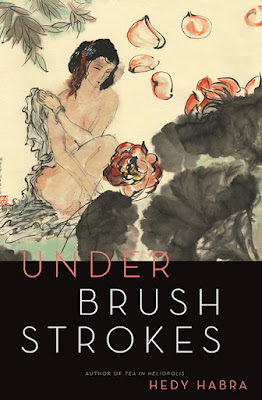 Go every day a little deeper

into the woods, collect acorns,

a bird's nest, a lost feather,

a touch of  blue, a ripple,

and why not the hush

of your steps over moss,

the trembling of leaves

at dusk against black bark?

Put it all in a bag and shake it:

you will retrace your steps

within the clearing, hear frightened 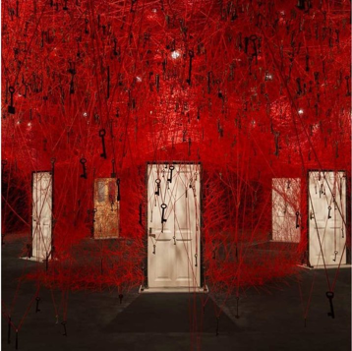 Photo from installation by Chiharu-Shiota, The Locked Room
This is the link to the artwork by Shihuri Shiota , the installation https://www.hipeggy.com/interviews/chiharu-shiota and it appears also in this other link:     https://www.pinterest.com/pin/532409987184781979/

Or How Do You Keep Track of All the Keys You Once Owned?

After Chiharu-Shiota's The Locked Room

keys to the family cottage you had to sell

keys that once opened different-sized locks

keys that had to be changed after an effraction

keys that yearn for the doors they used to open

keys to the palaces King Farouk owned in Egypt

keys to learning how to deal with oneself and others

keys to the meaning of feelings that you kept losing

keys to the safes holding papers that ruled your lives

keys kept in a jewelry box that must have mattered once

keys, lost, forgotten or treasured as a possible come back

keys to the wrought-iron patio gate half-covered with jasmine

keys to the homes you kept leaving, from country to country, from one neighborhood to the next 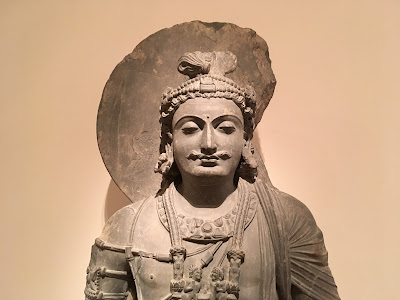 Posted by Maja Trochimczyk at 11:07 AM